In the fourth wave of the Campaign Research Poll, an online omnibus opinion survey conducted among 1,969 adult Canadians, three quarters approve of Canada’s supply management system for dairy and poultry (75%). Just one tenth disapproves of supply management (12%), and a similar proportion has no opinion (13%). Approval of supply management is highest among federal Liberals and New Democrats (79% each) and among those in lower income brackets ($20K to $40K - 81%). Opposition

John Tory's support up, Doug Ford's down. Most favour Scarborough Subway, will vote Tory as

In the fourth wave of the Campaign Research Poll, an online omnibus opinion survey conducted among 1,969 adult Canadians, and including 458 Toronto voters, more than one half of Torontonians will vote for John Tory for mayor if the municipal election were held tomorrow (54%), while just one fifth will vote Doug Ford, the presumptive challenger (22%). This represents an increase in Tory’s support since last month (April 14 - 50%), and a decrease in support for Doug Ford (April 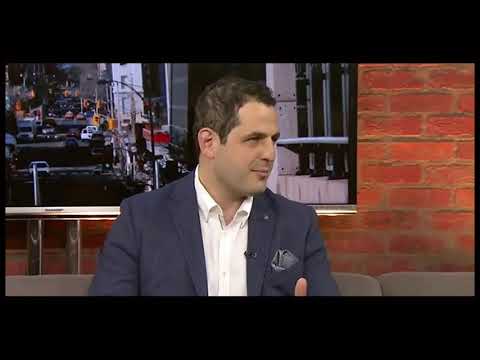 In the fourth wave of the Campaign Research Poll, an online omnibus opinion survey conducted among 1,969 adult Canadians, more than 4 in 10 voters will support the federal Liberals if an election were held tomorrow (43%), and this represents an increase in vote share from last month (April 15 - 38%). In the meantime, the federal Conservatives have seen their vote share decline slightly (from 29% in April to 27% now). This has led to a 16 point Liberal lead, up from a 9 point

One half don't expect children to be able to buy a home. One fifth see housing price correction

In the fourth wave of the Campaign Research Poll, an online omnibus opinion survey conducted among 1,970 adult Canadians, one half (50%) of those with children who do not already own homes (n=1037) say their children will not be able to afford a home in their community, and just 3 in 10 (29%) say their children will be able to afford home buying. Incidence of finding the community unaffordable is highest among boomers (55 to 64 - 61%), in BC (67%), Toronto (62%) and the surro

The Provincial Liberals will not give up without a fight

In the fourth wave of the Campaign Research Poll, an online omnibus opinion survey conducted among 864 Ontario voters, more than one third will vote for the provincial Liberals if an election were held tomorrow (37%), putting them slightly ahead of the Progressive Conservatives (34%) for the first time this year, with the NDP still trailing (22%). The Liberal vote is characteristic of the youngest (61%), females (39%) rather than males (35%), in the GTA surrounding Toronto (4

Majority approves of Ontario's basic income plan, many find $17,000 per year too little an amoun

In the fourth wave of the Campaign Research Poll, an online omnibus opinion survey conducted among 1,969 adult Canadians, more than half approve of Ontario’s experiment in basic income (53%), while fewer than a fifth disapprove (18%). As many as 3 in 10 have no opinion (29%). Support for a basic income pilot is highest among the youngest (59%), in Atlantic Canada (63%), among federal Liberals (62%) and New Democrats (63%), but not among Conservatives (41%). Opposition is stro

Jagmeet Singh Soars! Can the Leader of the NDP close the deal? Maybe, just maybe!

CPC not only has a lead in Ontario, but also has significant advantages with their committed base of

Our Condolences, to Her Family on the Death of Her Majesty

Alarmed by COVID-19, Ontario seniors want to live in their homes as long as possible: poll